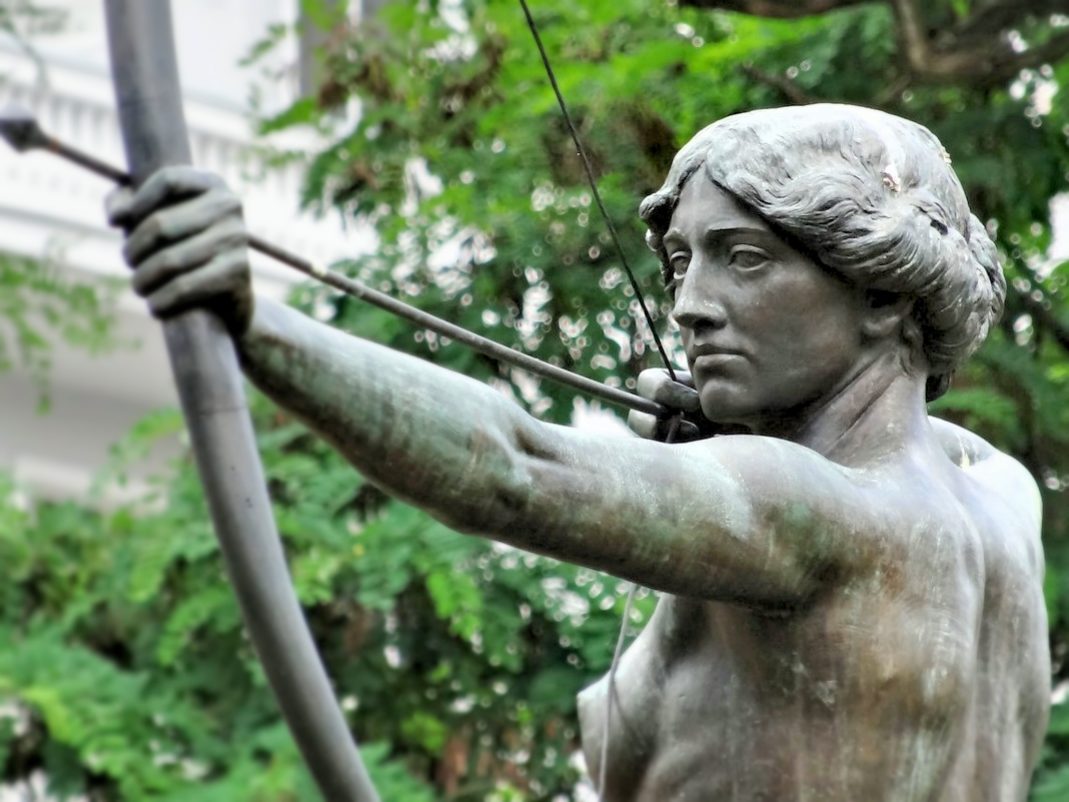 Coach my Golf, Self Coaching 7. May 2017 by Kristin Reinbach

Yesterday on the driving range I experimented again with a certain swing thought (I call it – derived from yoga – also ‘mantra’).

That will be one word, maybe even just one syllable, that has enough inspiration in it to positively influence HOW I make the golf swing.

So in that case, it was “Ent-schlossen-heit” – in English “determination.”

One of those wonderfully exact German words. In that case, it says:

I have decided. I am decided. There in front, that’s my goal, that’s where I want to go now – and that’s what I’m going to tackle and get done.

The “decision” is, in a sense, nothing more than a decision – just one that puts a pretty clear period after the word.

The decision was made. Full stop.

Now it is being put into action.

In my mind, I also come up with the phrase: “Gesagt. Getan.” (said and done) as in an old German story.

“Determination” as a word also has this certain pull toward the goal, a certain speed when you say it:

The “schloss” part sounds a bit like a “bullet.” I can hear the ball whizzing through the air when I say it like that – and that may be part of the reason why it works.

Because it does – it works from the first test swing.

No sooner have I taken to the ball with my 7-series hybrid “Cobra” and the mantra “Ent-schlossen-heit” than the result shows quite a bit of “smack”,

As always, the word itself must of course ‘mean something’ to me, feel good somehow – inspiration, perhaps a kind of anticipation, but just not ‘call up’ pressure in my body.

“Entschlossenheit”/”Determination”: can the element be included in the Golf Self Coaching Tool Set?

How to create your very own life, be creative and productive as a human and entrepreneur. My experiments, insights, thoughts shared here.

What do you prefer: Getting smarter or being right?

featured learn Lifelong Learning Mindset
Manage Cookie Consent
To provide the best experiences, we use technologies like cookies to store and/or access device information. Consenting to these technologies will allow us to process data such as browsing behavior or unique IDs on this site. Not consenting or withdrawing consent, may adversely affect certain features and functions.
Manage options Manage services Manage vendors Read more about these purposes
View preferences
{title} {title} {title}